Learn all the differences between New York strip vs ribeye steaks. Anatomy, price, taste, texture, and the best cooking methods for each.

Where New York Strip and Ribeye Come From on the Cow A New York strip comes from the short loin on a cow. This cut is right behind the rib and in front of the prize meats (the sirloins and tenderloin).

Like the tenderloin, the short loin is also comprised of a muscle. The big difference is that the muscle in the short loin, the longissimus, is much larger. The result is more meat from a single cut, and larger steaks.

Anatomy of the Ribeye It contains the complexus, longissimus dorsi, and spinalis muscles of the cow.

Here are some of the common names for these two types of steaks, as well as close relatives.

If your New York strip has a bone in it, no need to call the butcher – it was just mislabeled.

A New York strip that has a bone is technically a Kansas City strip. If the cut is attached to the bone with a piece of tenderloin included as well, it’s called a porterhouse or a T-bone.

The former has a larger bit of tenderloin. A T-bone with no tenderloin might also be called a shell steak.

The original name derives from the late 1820s.

Brothers who ran Delmonico’s Restaurant in New York City took the Kansas City strip and removed the bone upon a few customers’ requests.

Apparently, it was hit with the people in the area.  The name New York strip was coined and stuck.

A ribeye with the bone in can also be called a Delmonico steak, market steak, or beauty steak.

If there are no bones, it’s sometimes referred to as a Spencer steak, rib eye steak, or Scotch fillet.

The short loin is an especially muscly area of the cow.

It’s not as flavorful as a ribeye, nor is it as tender as a filet.

It’s a chewier cut that has a decent amount of fat on the sides, yet nowhere near the amount of marbling you will find on a ribeye.

A New York strip is also typically a bigger cut of meat compared to a filet mignon.

If you want a bigger steak than a filet but not as fatty as a ribeye, then the New York Strip is your best bet.

A bone-in version of the New York Strip strip, which also includes a filet, is called a porterhouse, and is one of the biggest steaks you’ll find in most steakhouses.

Unless of course they serve a cowboy ribeye or tomahawk ribeye for two.

The ribeye is a delicious-looking slice of meat. You’ll find them with a lot of intramuscular fat, known as marbling and a large amount of beefy flavor. What the filet brings to the table in terms of tenderness, the ribeye brings in terms of flavor, and rich, decadent fattiness.

If it’s cooked and trimmed correctly, a ribeye is one of those steaks that should melt in your mouth.

The marrow of the ribs is known to add a really great taste to the meat. It is definitely the most flavorful cut of meat on this list.

How to Cook a New York Strip vs. a Ribeye Steak

Because ribeye is fattier than Filet, it does hold up to methods such as smoking a little better. You can check out our favorite smoked ribeye steak recipe and method here.

For straightforward, everyday preparations though, here’s what the pros suggest:

How to Cook a New York Strip Steak

A New York strip is really easy to cook and it’s harder to mess up than a filet, making it a great “all around steak” in terms of taste, size, price, and ease of cooking.

Since there’s less fat in the cut, there’s a smaller opportunity for a flare-up on the grill, but it does cook faster than a fattier ribeye.

The best way to cook the steak is to first sear it to get a nice outer crust.

Season the strip steak well with some salt and fresh ground black pepper. You’ll start by searing it in a skillet on high heat with a high smoke point oil like avocado or grapeseed oil.

If grilling the steak, you can put it over some roaring hot charcoal or a high heat gas burner for about 4 minutes on both sides.

You want the internal temperature to get to 130°F before pulling it off. Always use a good quality instant read thermometer.

We are particular fans of this one from ThermoPro because of its durability and affordable price. 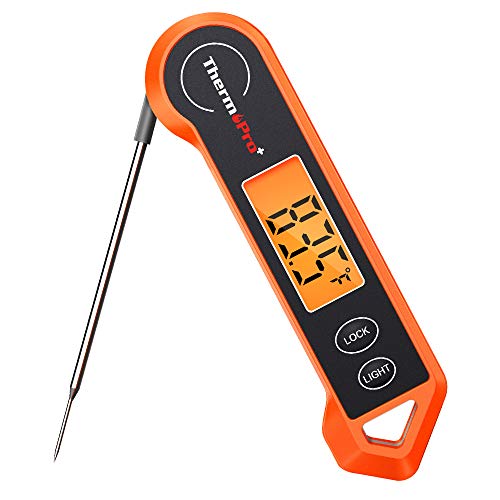 Don’t forget to let it rest for another 5 to 10 minutes after you take it off the flame.

How to Cook a Ribeye Steak

Due to the massive amount of fat in a ribeye, you can expect to get some flare-ups if cooking on a grill.

If they get out of hand, move it to another section of the grill for a few moments to avoid the flame.

Regardless, you want to cook a ribeye in much the same way that you cook the filet mignon.

Sear it on high heat in a cast iron skillet or over a hot grill for about 4 minutes on each side. Make sure to season well with salt and pepper, then coat the steak in a high smoke point oil like avocado or grapeseed.

Once the internal temperature reaches 130°F, pull the steaks and let them rest until they reach 135°F, or medium rare.

You likely won’t need to finish them in the oven as ribeyes are usually not nearly as thick as filet’s.

A prime NY Strip will cost on average $32 in a nice steakhouse, depending on size making it less expensive per oz than the filet mignon, and usually less expensive than the ribeye due to its smaller size.

A prime grade ribeye costs around $40-60 for a 12-16 oz boneless cut in a nice steakhouse, and anywhere from $50-65 for a similarly sized bone-in serving.

Some steakhouses even offer specialty cuts like cowboy ribeyes or tomahawk ribeyes that are meant to be shared by 2-3 people and can come in sizes up to 35 oz!

Expect to pay upwards of $100 for one of these massive cuts to share with that special someone.

At a good quality butcher, a 12 oz prime grade ribeye steak will likely run you about $20-$25 to take home with you.

Another term you’ll see thrown around, mostly in nice steakhouses, is whether a new york strip or ribeye steak is dry aged or wet aged.

For this reason, wet aging has kind of fallen out of fashion, so stick with dry aged New York strip and ribeyes when you can find them.

Check out the other articles in our Steak Comparison Series:

Looking for more Steak and Beef?

How to Make Smoked Ribeye Steaks: The Ultimate Guide

What Temperature Do You Cook Steak On A Pellet Grill?

How to Reheat Prime Rib